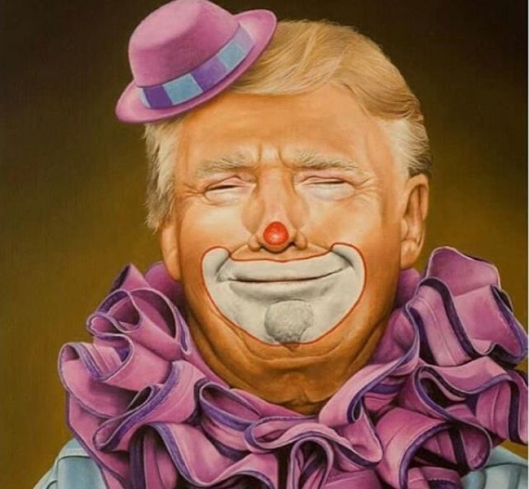 “I am awesome!” – Donald Trump

“I am exceptionally smart” he said.” “I’m, like, a very smart person,” he assured voters in 2016, “A very stable genius,” he ruled two years later.

And then, on last April 24, this exceptionally smart, very stable genius comes out with this unbelievable statement suggesting “injection” of disinfectant to beat coronavirus and “clean” the lungs. No modern politician anywhere in the world can match and surpass Trump’s record of irrational or illogical statements.

Trump is in a class of its own.

His constant careless and too often delusional statements definitely invited questions about his intelligence and actual state of mind.

When Rex Tillerson called Trump a “moron” in private, he was absolutely right. So where all other former senior administration officials that did the same or rendered equivalent verdicts.

Trump is a megalomaniac.

Since long before his 2016 campaign, few subjects have been as meaningful to him as appraisals of his intellect. For Trump, it always has been a source of perpetual obsession and manifest insecurity, so much, that he always felt and still do feel the need to allude to his brainpower regularly.

Trump does not want to feel like anybody is better than he is. He cannot deal with that and this is the reason why he his so often dismissing doctors and their opinions. He used to be intimidated by lawyers. Anyone who knows more than he does makes him feel less than he is.

Don’t get me wrong, I always cheer the underdog and applaud when they win. But if I was still be praising Trump, I would have to question my own sanity!

I now believe that it is time to go nuclear on Trump.

The only remedy is the 25th Amendment.

FOR THE DURATION OF THE PANDEMIC AND ITS AFTERMATH

Trump is now choking on his own words and behavior

As his conduct becomes more erratic and alarming by the day, to win the presidential race, Donald Trump really needs a time-out to reconsider his overall campaign strategy.

Trump’s strategy of “All Press Is Good Press” might have worked fine during the primaries but it is not working for him in this election.

The way he is going now, there is no way Trump can win this election.

Owner of Bunkumless.com and King Global Earth and Environmental Sciences Corporation, JMD, a former attorney, is a Columnist for The Futurist Daily News and editor of the Social and Political Blog JMDlive.com  Follow JMD @ jmdlive